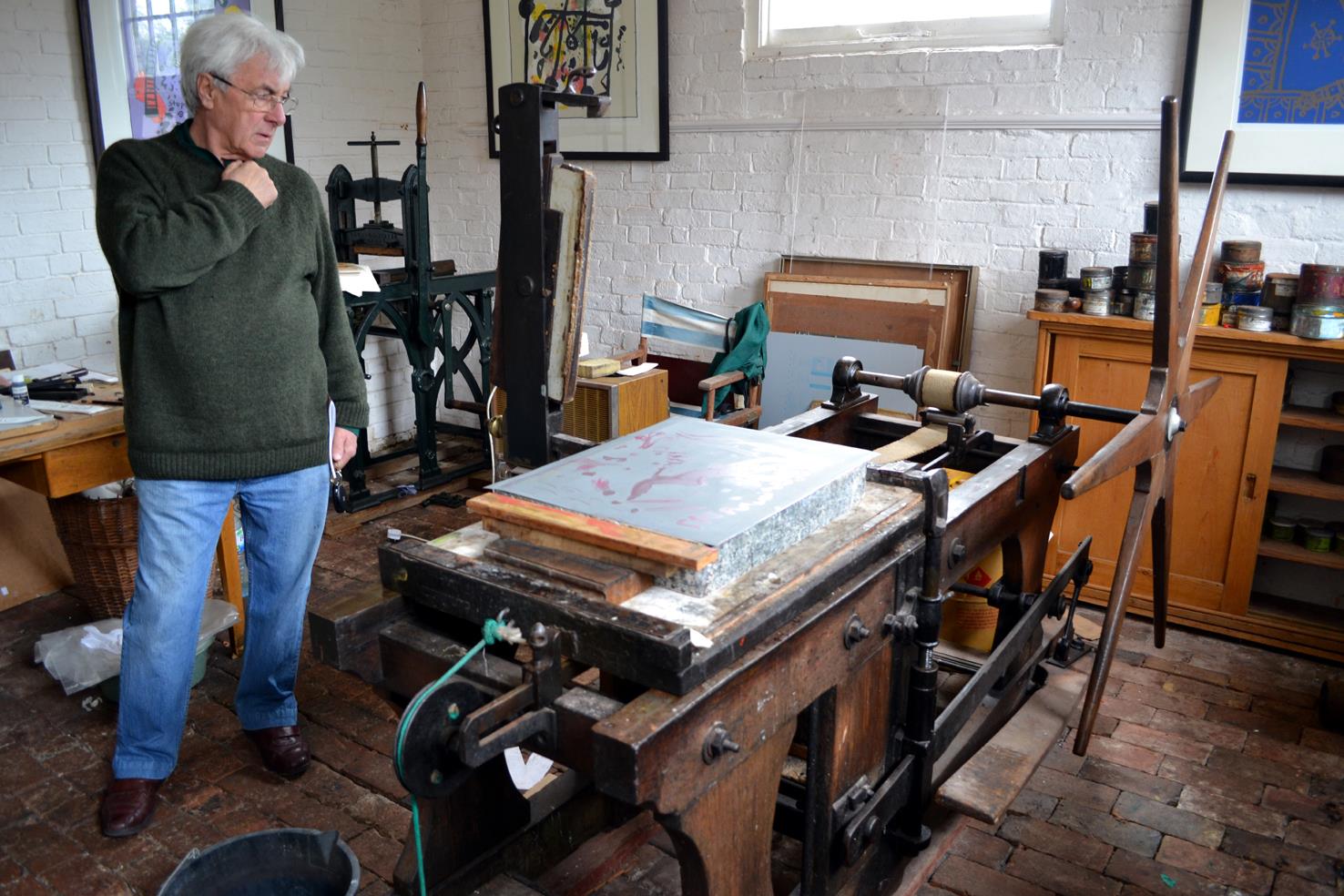 Andrew was born in Croydon in 1939, the eldest of three he was brought up in Nottinghamshire and Norfolk, where he spent his childhood, apart from school, with his Mother and Father in rural vicarages. His father Samual Leslie was a trained electrical engineer and later ordained in the Anglican church.

Educated at the Prebendal school and later Ardingly, where Earnest Constable, his art master, influenced his direction into Art.

After Andrew left school he attended Winchester school of art where he met his future wife, Elizabeth, also a student there. Andrew graduated with a diploma in fine art in 1962.

After meeting Hansse Hesse in a York Art gallery, it was suggested that Dad would benefit from going to Italy to study painting with Dieter Vallet, who’s exhibition he and Elizabeth had just seen.

After earning enough money by stoking boilers at the GPO in Petersfield, he went out to live in Levanto in Italy. Andrew spent the best part of 18 months living in Italy, by the beach, and learning from scratch how to mix paint properly from his master Dieter. He also lost his English inhibitions by meeting and being with many European artists!

Andrew’s dismay at returning to a bleak England, from an idyllic lifestyle in Italy, forced him to wake up and join the ‘real world’ once more, and find a job before he could get married to Elizabeth. So he found work at Bristol Vintners then later, and more in keeping with his training, as a visualizer at Carreras, the cigarette company. After this period he got a job at the Curwin Press with Stanley Jones where he mastered the art of lithography which was to take him on a life long persuit as an artist lithographer. He set up his press at first in Peckham, Sussex, London Bridge and back to Sussex, where he produced many editions over his life, which includes artists Jeremy King, Albany Wiseman, works for Gillian Raffles of the Murcury Gallery, Edmund Newman, Geraldine Ricca, and most notably a long personal relationship with the Australian artist Arthur Boyd, for whom Andrew assisted in some of the transcription work for Arthur and printed his original lithograph editions like the Shoalhaven Quartet in 1988. In 1970 Andrew worked with John Lennon on his ‘Bag One’ lithograph series.

Acting as an art consultant, Andrew was brought in to assist the Scotland Yard art fine art and antiques squad, on several occasions. One example of his many escapades, around 1974, he was contacted by the metropolitan police to pose as an expert to entrap art thieves, who were trying to sell a stolen Caravaggio painting. Always game for an adventure, Andrew allowed himself to be set up to meet the villains in a car park in north London. With disguised police nearby, and pretending to be disinterested, he examined the painting in the back of his car. However the thieves sensed the police presence, pushed Andrew aside and took his car, driving of at speed still with the painting. There was a terrific car chase by the police which ended up with the car being dumped in a reservoir. What became of the painting is written about in a story story by Peter Watson in his Emmy nominated ‘The Caravaggio Conspiracy, 1984’.